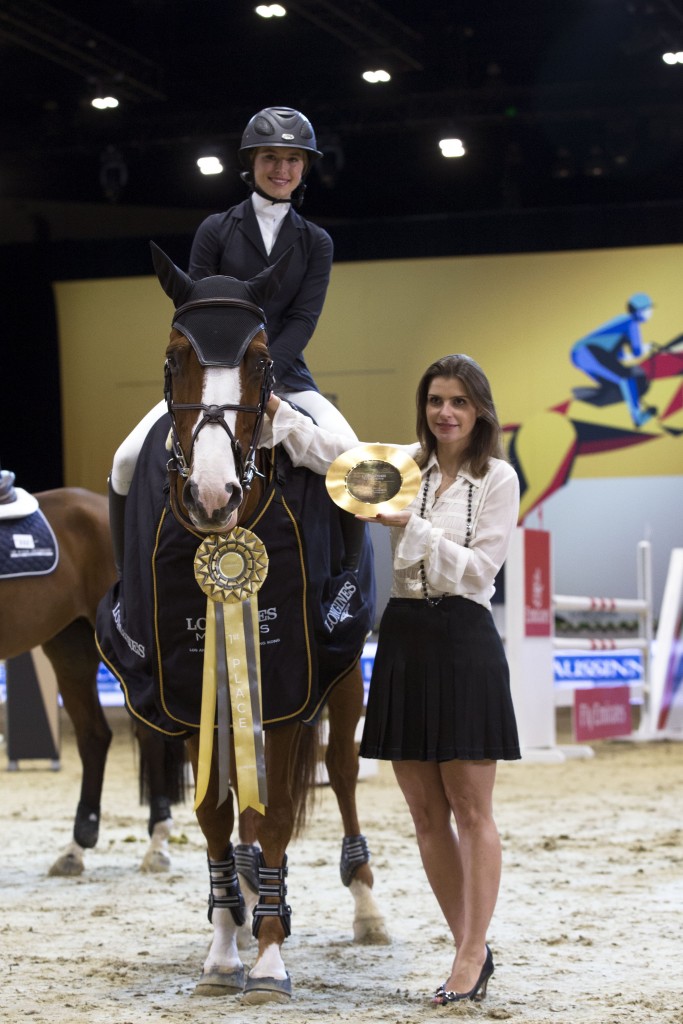 Opening day of the Longines Masters of Los Angeles attracted crowds of sports fans, families, business executives, and celebrities to witness all levels of international show jumping as athletes from around the world converged on the city for the start of four days of competition.

Eve Jobs, daughter of the late Steve Jobs, and Quickley 3 won the Écuries d’ Écaussinnes Trophy, competing against Destry Spielberg as parents Steven Spielberg and Kate Capshaw watched on. Quentin Judge and HH Fyloe rode to victory in the first 5* level class of the event, the Hollywood Reporter Grand Prix, with a time of 56.66 seconds.

The Longines Masters of Los Angeles will continue over the next three days, bringing together spectacular show jumping action, lifestyle entertainment, one-of-a-kind artwork provided by the Opera Gallery, family-friendly activities in the Kids Village, and more. Highlights of the competition still to come include the Longines Speed Challenge, the Gucci Gold Cup, and the Charity Pro-Am Style & Competition, with the excitement culminating in Sunday afternoon’s Longines Grand Prix.

Purchase your tickets to enjoy all that the Longines Masters of Los Angeles has to offer at http://www.mastersgrandslam.com/en/ticketing.

With all the celebrities in attendance it’s pretty fun, but to me the horses are the real celebrities! Share this on Facebook if you appreciate the talent and dedication of these horses and their riders!