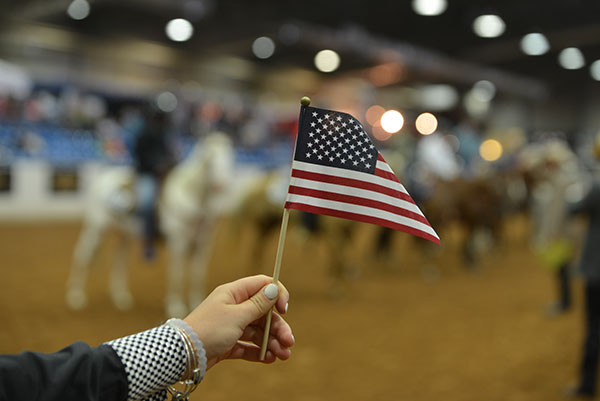 2015 NSBA World Show Ends With Nearly 20 Percent Growth And Economic Impact of $30.8 Million on Tulsa Area Economy! The Show and Breeders Championship Futurity saw a record number of entries and horses enter the Built Ford Truck Livestock Complex in Tulsa, OK, over the past eight days.

Final numbers saw a record 4,180 show entries, besting last year’s high mark, which was 3,590. All of those horses, owners and exhibitors add up to a total economic impact of the 2015 NSBA World Championship Show and Breeders Championship Futurity on the Tulsa area economy is estimated to be $30.8 million.

The final day of the horse show saw world and futurity champions crowned in three arenas of competition. We caught up with some of the world champions who were crowned on the show’s final day.

The NSBA World Show again saluted military veterans from all branches of the service with a grand entry, presentation of colors and the national anthem, as well as two classes of competition for Heroes On Horses. 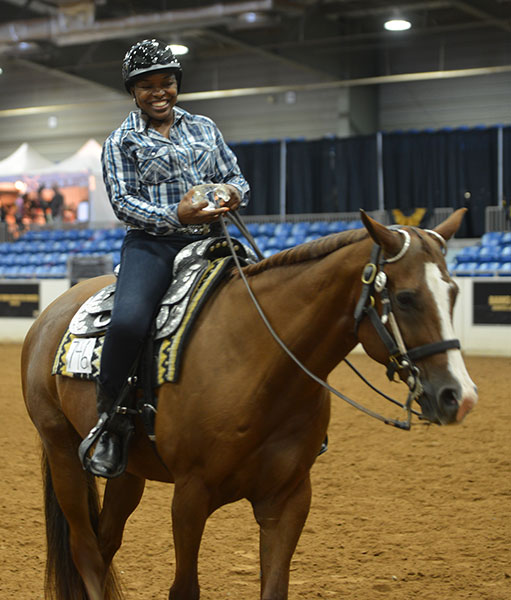 Veterans proved that #cowboy courage can be found in all shapes and sizes when 20 exhibitors competed in the Heroes On Horses Independent Walk Trot Western Pleasure. For the first time in the five-year history of the class, the top three exhibitors in the class were women.

Named this year’s world champion was Anissa Arnett and Zips Dandy Sensation. They are pictured at right. “This was my second year to show, and I placed tenth last year, so this was great. It was a blast to show here.” Arnett said.

“I have been riding at Equest for the past three years. Riding the horses, and grooming and taking care of them, has been life-changing for me. I have PTSD, and it’s very calming and fulfilling working with the horses. I always loved horses but never had a chance to get a round them until Equest.” 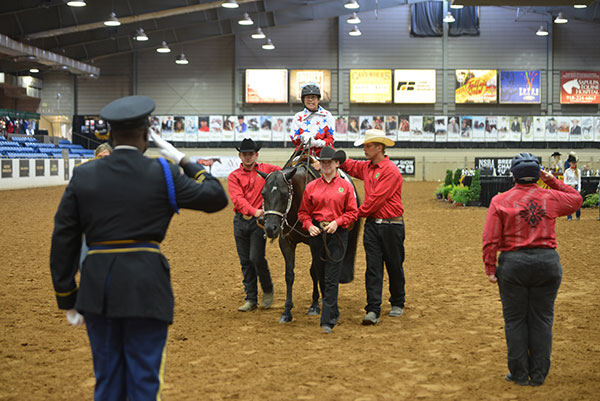 Devin Robertson showed Chocolatecoveredberry to win the Heroes On Horses Assisted Rider class. It was her fourth time to compete in the class. She is shown above. “Working with the horses is very important to me,” she said. “It gives me a sense of normalcy. Plus I have a great team that helps me.” Robertson rides with Partners For Progress.

To read the full list of results and recap visit www.nsba.com