An Open Letter To All Drivers

I can’t count how many times I’ve been scared to death while riding because of a bad driver on the road.  I even stopped trail riding for a while because I was scared to ride down one of the streets to the trail entrance.  After being hit by a car while riding her horse, Meg Worrell-Hart posted an open letter to all drivers on Facebook. 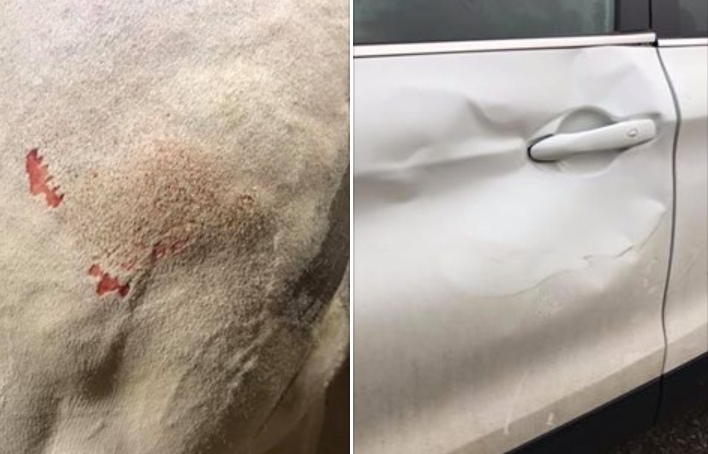 “An open letter to all drivers.

I’ve only just stopped crying enough to write this.
My absolute worst nightmare happened today.
I was almost home aboard my pride and joy after a lovely hack. I heard a car approaching from behind far too fast I signalled at them to slow down but they didn’t. As they were almost level with us Dave was spooked and reared up. They were far too close and coming far too fast to avoid us, we did not stand a chance.
They hit us at roughly 45mph, I was thrown over the top of the car and landed in the road.
Dave took off for home.
We’re both very sore and shaken up. Dave has a possible hairline fracture In his shoulder but we won’t know until the painkillers have worn off. Physically we’ll heal but I doubt we’ll ever hack again.

I cannot stress enough how important it is to pass horses wide and slow. Next time you see a horse and rider on the road please think. There is a person aboard that horse who has a family and is cared about. That horse is everything to them. That person cares for his needs twice a day. Every day. All year round. He is their family, their friend, their teammate, their everything.
That horse and rider on the road may be an inconvenience in your busy life but they are real people and animals who feel fear and pain who are loved and cared about and they deserve your respect.
Please slow down.

I can’t thank the ladies in the car behind enough for consoling me and being so kind as I was in a blind panic and in floods of tears.

The driver was more worried about to damage to his stupid car.
I am so so angry
You have to slow down or people are going to die.”