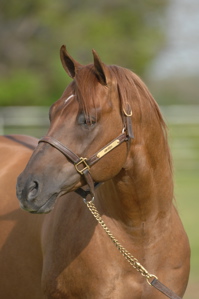 We are sad to report that Einstein was laid to rest on January 2, 2014 due to complications from colic surgery.  Einstein earned over $139,000 in his NRHA show career.  He also produced Einsteins Revolution who is the first horse to earn over $300,000 in NRHA earnings as well as 90 other money earners with earnings of nearly 1 million dollars combined.

“Einstein was probably one of the most sweetest, gentlest and good-hearted studs I’d ever been around,” said Einstein’s owner, Bridgette Lanham. “He was always happy, no matter what.”

Our condolences go out to Bridgette and all those who were touched by this wonderful horse.  Einstein will be buried s at Cinder Lakes Ranch and Reproduction, in Valley View, Texas.