Horse With Missing Hoof Left To Suffer And Die…..Demand Justice! 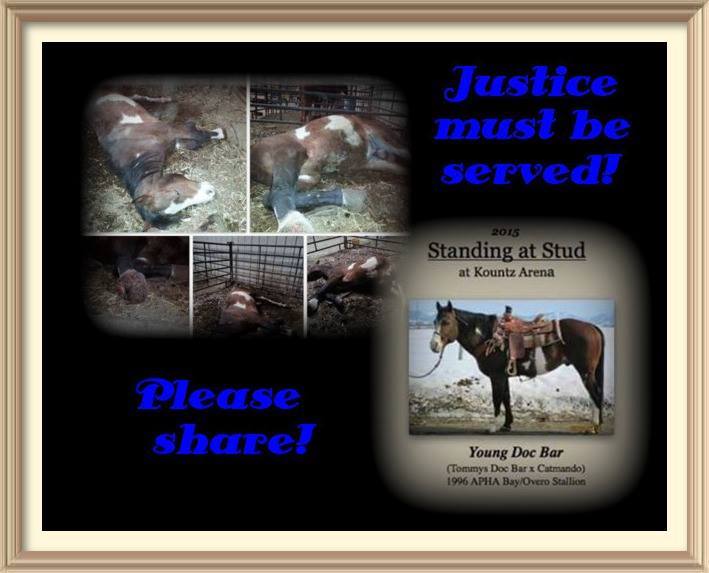 A social media storm is brewing over alleged animal abuse at Kountz Arena in Bozeman. Photos of a horse with a missing hoof and a calf with a broken neck have been circulating Facebook in an effort to garner public support for the mistreated animals and criminal prosecution against the Kountz family.

“This was the most horrific thing I have ever witnessed, ” Townsend said on her Facebook page. “A call to the sheriff was made. The sheriff called in a vet. The vet said the horse and calf need to be put down.”
Townsend said it was cruel to keep the suffering animals alive. 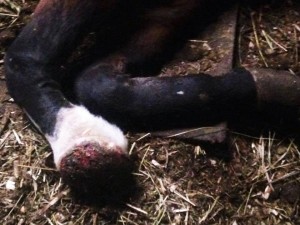 “When he got up, he was covered in bloody oozing bed sores, laying in his own waste, ” Townsend said. “No bedding absorbed the pee. His other feet were so overgrown it was just sick. It is clear to me that he was suffering in a way no animal should! He has wasted away to nothing.”

The calf Townsend witnessed was lying in another pen with what she says was a broken neck. She’s now waiting for proof that both animals were put down.

A man who answered the Kountz Arena phone Monday morning said he had “nothing to say” about the recent allegations and hung up the phone.

The calf, Kountz said, was recently brought to the arena because it was in poor health. Kountz agreed that both animals needed to be put down.She said the calf was also put down. She ended her message saying, “Can this please stop.”

But Townsend and her friends say they want to assure the abuse never happens again. Megan Schilling frequently attends horse shows at the Kountz Arena. She said she was appalled at the conditions the injured animals were living in. 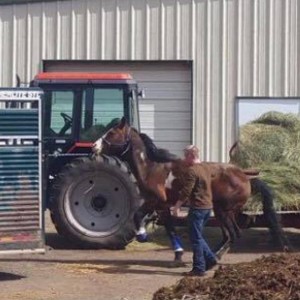 According to Gallatin County Undersheriff Dan Springer, his office is investigating the matter. No charges have been filed yet, but he said the Sheriff’s Office is working to gather evidence.
“We currently have the incident under investigation at this time, ” Springer said. “We will go on the facts.”

Take action and make sure that someone will be held accountable for the decease of two innocent animals! This has to stop! Please sign and share the petition!