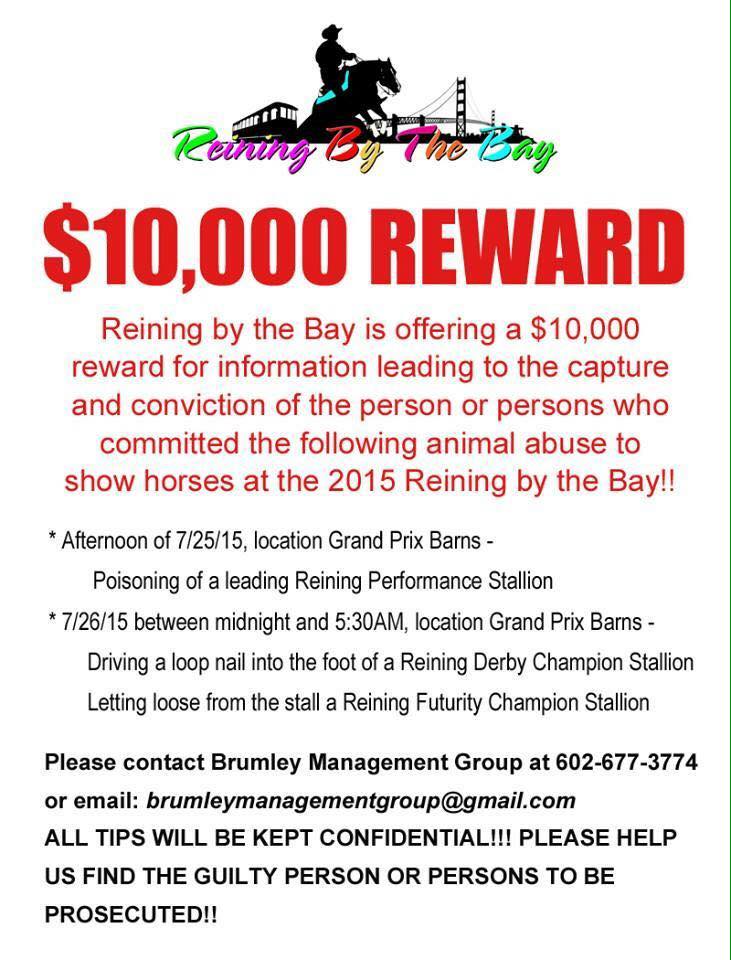 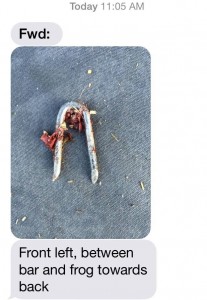 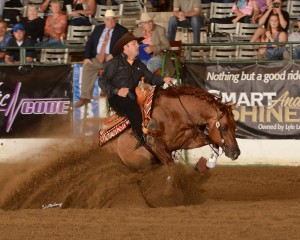 from his stall and open Derby winner Mr Electric Spark had a nail driven through his foot.  This is SICKENING!

Michael And Michelle Miola (Owner’s of SG Frozen Enterprise aka Iceman) have released this statement:

HERE IS AN IDEA to catch this coward: I doubt very much that the sick individual responsible for this actually did it him/her self. Probably paid someone to do this to Iceman and the other two horses. So right now the reward officially stands at $20,000 ($10,000 from Brumley Management and $10,000 from Silver Spurs), I think more has been pledged but not official. Anyway, I will give the person that did it immunity from prosecution if they were paid by someone to do it and they can keep the $20,000 for bring the one responsible to justice. So fair warning to the person responsible, you will be caught and to the person that did the dirty deeds – here is your get out of jail free card plus $20,000!

UPDATE ON ICEMAN: I went to see Iceman at 8 AM this morning. He got home a little after 3 AM so he was laying down sleeping. I did not disturb him although it took all my restraint to not go into his stall and shower him with hugs and kisses. Michelle will be there around 10 AM to see him and our vet will arrive sometime this morning to examine him. So we are not out of the woods yet but things are looking up. I will keep everyone posted on his progress, your prayers are really working! – Mike

Update From Michael and Michelle Miola: UPDATE ON THE PERSON/S THAT DID THIS TO ICE AND THE OTHER 2 HORSES: Video’s are sufacing from the strangest places. They are all in the hands of the police now. Leads of certain thugs that have a history of doing things like this and were in the area are also coming in. The international man hunt is on!!! FBI might get involved. MESSAGE TO PERPETRATORS – Who did you think you were dealing with you morons. The reward fund is now $23,500 and our offer for immunity will expire so finger the rat that gave you the order collect the money and get out of Dodge while you have the chance. YOU WILL BE CAUGHT!!!

Update From Michael and Michelle Miola: ONE FINAL REQUEST RE ICEMAN AND THE OTHER 2 HORSES INVOLVED:
Over the past few days there has been a lot of speculation over “who in our industry did it.” I beg everyone please do not engage in this. Peoples career’s and reputation are at stake! I for one, until definitively proved otherwise, absolutely refuse to believe that any owner, trainer or competitor in our great sport had anything to do with this despicable act. When the individual/s responsonsible for this are finally caught I am sure they will not be reiners.
Side note – I apologize for referring to the other fine horses involved as “the other 2 horses” but I was asked not to refer to them by name and to limit my comments to Iceman. It is certainly not to diminish their importance.

We pray that these horses are able to make full recoveries.  Please SHARE This on Facebook and help catch the person who did this!