After hearing the story of Sydney Scheckel purchasing her mare “A Perfect Pleasure” for only $4500 and then winning a world championship we had to do an interview! We hope you all enjoy the video of her winning and hearing about this proud AQHYA World Champion and her great mare “Pip”!

Let me start by saying congratulations on your world title! That must be a dream come true. We heard that the mare you won with, A Perfect Pleasure was a horse you purchased for only $4500. That sounds unheard of for a future world champion! How old was she when you got her and how trained was she already? Can you tell us more about how you came to own her?

“Pip was 13 when we purchased her! My mom had been watching her video on YouTube for sometime before we decided to buy her! Michele Racine, the gal who owned Pip, had been Reserve with her in the novice amateur showmanship at the Congress. The night that mom called Michele, there was already someone coming to look at her, that night! Mom and Michele talked for sometime and Michele just insisted that we get her, she knew that this horse needed to be shown on a national level! My mom didn’t have any problem buying this horse over the phone, because Michele just had so much trust and honesty in her voice! Michele told mom that she wouldn’t pass the vet check, due to some navicular problems she has, and she was only good at showmanship, that’s how honest she was!! So, mom wired the money to Michele and Gretchen Mathis hauled Pip down for us and we met in Joplin, Missouri to pick her up!”

Is showmanship the only class you do with her now? How do you prepare her for a show?

“Showmanship is the only class I’ve ever done with Pip! Her prep before a show pretty much just involves getting a bath! She knows her job! I practice with her everyday actually! Especially before the Youth World and the Congress!”

Do you show any other horses? What classes do you show them in?

“I show a cowhorse named Saint Nic It! I showed him in the boxing this year at the Youth World and ended up 5th!”

What is your favorite class to show in?

“My favorite class to show in is definitely the showmanship! It’s a challenging class I think! It just really shows off how good of a bond you and your horse have! I’ve been doing the showmanship ever since day one, which was probably 5 years old. I started riding even younger though, ever since I could stay on!! It’s a class that you constantly have to work on and practice at! It’s not easy, believe me! But I just loved it so much, I just kept working hard and believed in my horse and I! ”

What is Pip’s favorite treat?

If Pip were a celebrity who would she be?

“If Pip was a celebrity she would be Miranda Lambert! Because she doesn’t take any crap from anyone, she’s gorgeous, and she just keeps getting better with age!”

What are the next goals you’d like to accomplish with horses?

“My ultimate dream is to have a reiner or cowhorse someday, that I could teach the showmanship to! My goals with horses really just involve being better than we were the day before.”

We absolutely loved chatting with Sydney. She is so down to earth and grounded. She puts hard work into preparing for and showing her horses and it shows! Share this on Facebook if you think that hard work makes World Champions, not price tags! 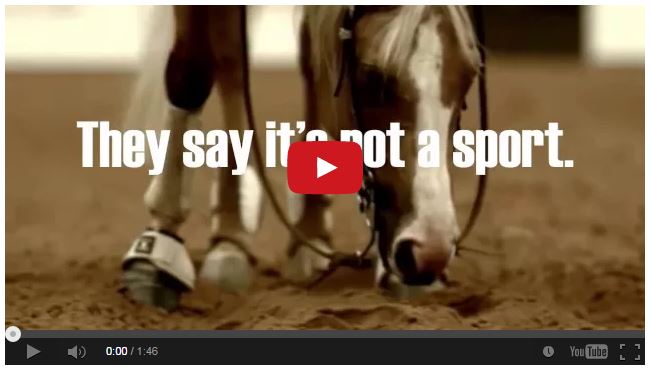 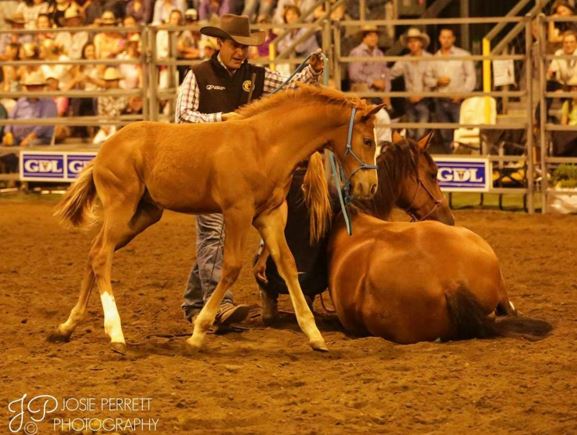 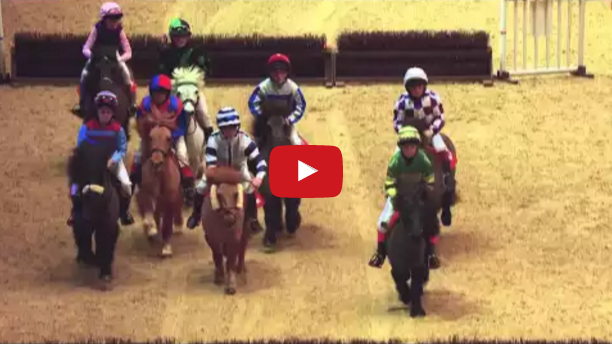 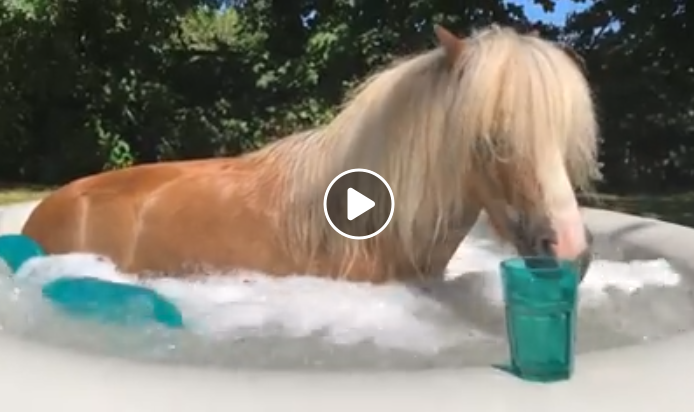 Pony Spa Day – Watch For The Cutest Ending Ever!