When Faith Stepped In Their Miracle Pony Appeared…. 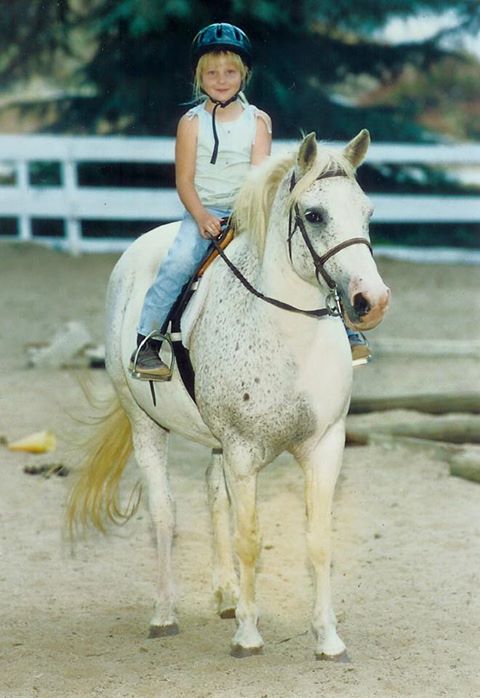 When trainers fall in love with horses, you know they are special. They ride hundreds or even thousands of horses in their lifetime, but when they fall in love it’s magic. Dana Hokana, a trainer in Temecula, CA fell in love with a pony she got for her daughter Bree. It wasn’t a horse that she rode, but it was a horse she knew was amazing and she kept him even after her children had outgrown him. She cared for him, loved him and when he passed she cried for him.  She wrote:

“Yesterday was a sad day for our family, as we lost our dear precious little Princey.   Princey was Bree’s white pony. When Bree was younger she jumped him, barrel raced him, ran him around, and rode in many of the Temecula Christmas Parades on him. He was so wonderful. Brook and Bree would decorate him all up and paint pretty colors on him and take him in many of the parades. I can remember the marching band playing right next to him through the whole parade and he was so brave he never spooked once. In fact I have never once seen him spook at anything! He had a ton of energy and was game to go anywhere and do anything you asked of him. And yet he never once misbehaved. He was Bree’s special little buddy for many years. When Dr. Dufresne was here we would take him to the Church 4th of July picnics for the kids to ride. In fact he went to many birthday parties to bless little kids. He was a one of a kind pony.

In fact how he became ours is a story of faith.   When Bree was about 5 years old she wanted a white pony. My friend Terry Burkey used to tell Bree all the time about her little white pony named Princey. So Bree had to have a white pony named Princey. I started my pony search. I answered every add I could find for a pony. I drove to LA and all over Southern California looking for the right pony. I just couldn’t find one. The only pony’s even close to what I wanted were way out of my price range. Finally I went to God. I prayed he would give us that special pony. I wrote it out and prayed every day for Bree’s pony to come. I reminded God that Brook Hokana had a real nice horse and it was Bree’s turn!

Well, one day I had been on a trail ride up in the mountains with Brook and Terry, and her daughter Shelly, and I went to Terry’s house to drop off her horse. After I unloaded her horse I looked across the street from her house and there was this beautiful white pony in the pasture in front of a neighbors house. The gates were all locked up. Well, I wrote out a note and went to put it on the gate and as I walked to the gate with the note, the owner pulled in with his car. I stopped him and asked if his pony was for sale. I got to talking to him and he said, ” you know you seem nice enough, I will just give you that pony. I bought him years ago for my daughter and she doesn’t ride so just take him!”

Well I loaded Princey up and took him home that day. We rode him a little to test him out and he was absolutely perfect! He became Bree’s best little buddy for many years. Princey was a gift from God and I am thankful for every day that we got to have him. We had him about 16 years and he will be missed by our family! RIP Princey.  I AM SO HAPPY THERE ARE HORSES IN HEAVEN!!!!
We will meet again some day Princey.”

She put it up to faith, and it was meant to be.  Share this on Facebook if a special horse has left hoofprints on your heart!