This is a follow up we are so happy to report.  Lily, the emaciated,lame, half blind horse who was shot with over 100 paintballs has been adopted by Jon Stewart! 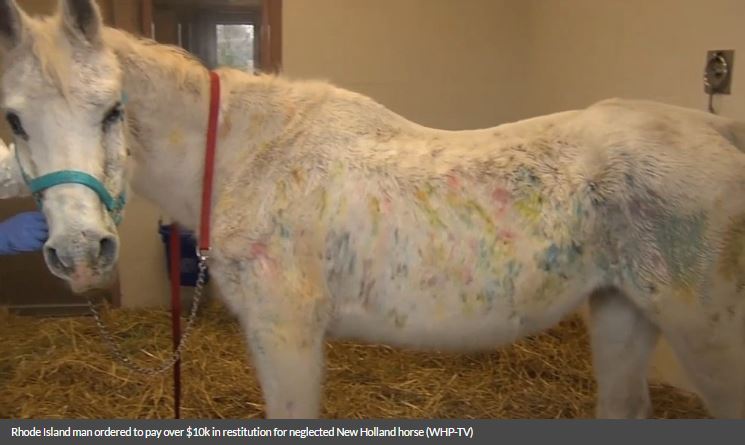 Stewart and his wife, Tracey, house many animals at their animal sanctuary in New Jersey. Lily has been living in Pennsylvania at the Omega Horse Rescue & Rehabilitation Center, but will be released next Wednesday after a press conference. She will then make her way to Stewart’s sanctuary where she will live with at least 2 other mares.

There has been a lot going on with Lily since we first reported about her. Lily underwent eye surgery where one eye was removed.  After the surgery she made her way to Omega Horse Rescue and Rehabilitation Center in April. Since arriving at Omega Horse Rescue, Lily has been able to put on several hundred pounds and has adapted well to only having one eye.

“I don’t think we could ask for better,” Omega Director, Kelly Smith said. “She’ll be living the life of Reilly. She’ll be well cared for, and she’ll never want for anything again.” 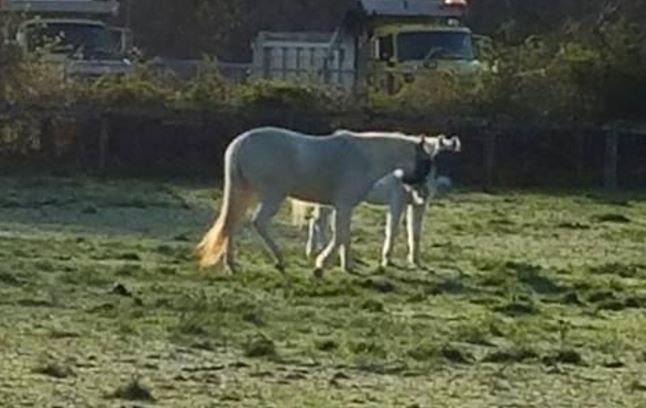 The man who transported Lily in that awful condition, Philip Price Jr., 65, of East Providence, Rhode Island, was convicted Friday of three counts of animal cruelty and other charges for his role in transporting the horse from New Jersey to New Holland and leaving it at the stable. He was was ordered to pay $13,234 in restitution charges for the horse’s care and is also prohibited of doing any business involving horses in New Holland. 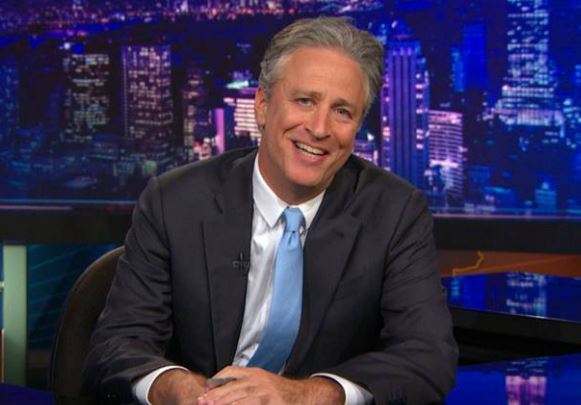 Thank You Jon Stewart – Photo From The Daily Show Facebook

According to reports, John Stewart and his wife partnered with an organization called Farm Sanctuary to open it’s fourth sanctuary on their New Jersey Farm. The Stewart’s reportedly intended to start their own animal rescue site, but decided to work with Farm Sanctuary instead.

Their farm is now called Bufflehead Farm. The 12 acre property will be home to dozens of cows, pigs, sheep, turkeys and other animals rescued from factory farms.