Dear Humane Society – Where Were You?

An open letter to the Humane Society of Vancouver from a fed up horse person has received a lot of attention online. 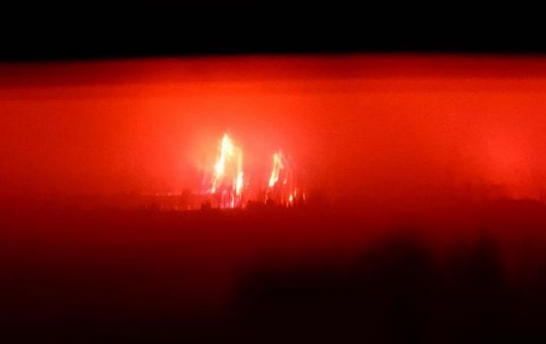 Kirsten Gjerde posted the following on Facebook,  “Dear Vancouver Humane Society and your spokesman Peter Fricker, in response to your request that Chilliwack BCRA rodeo eliminates both the calf roping and steer wrestling at this years event.

Where were you?
Where were you when ranchers and rodeo families stayed behind, defying evacuation orders to save their homesteads, battle infernos and risk their lives strategically opening gates and moving their animals to safety.

Where were you?
When the animals that could not be saved burned alive in a series of the most devastating fires to hit British Columbia in the history of our province. When a rancher laid down on the earth his family had owned for 130 years, surrounded by the remnants of his burnt herd and cried tears into their ashes.

Let me tell you where you were. You were behind your computer. A place that you are familiar with, a place of safety where you prefer to stay and attack western traditions and have them eliminated from British Columbia while the people who actually love the animals were risking their lives to save them.

Our rodeo families are exhausted and right now they are picking up the pieces of their scorched lives, they do not have time to fight a bunch of hypocritical fanatics that can’t be bothered to aid the animals they say they are fighting for when they are in actual danger. So I will.

We are not out of the woods yet, new fires emerge everyday, Vancouver Humane Society, where are you?”

I know that rodeo is a very passionate topic for people, but this isn’t about the rodeo. It is about animals and farmers in need.