Horse Euthanized For Colic – This Is What They Found Inside

Wolfe Equine Services saw an interesting case this week. They posted, “Interesting case seen yesterday! (Warning pictures may be considered kinda gross by some). This mare was 17 years old and presented for acute, severe colic. A large mass was palpated rectally, and free fluid/blood in her abdomen were appreciated on ultrasound. Her gums were pale white. It was evident she was bleeding out, likely because the mass had caused a vessel to rupture internally. The only option was humane euthanasia, and upon necropsy we found this!” 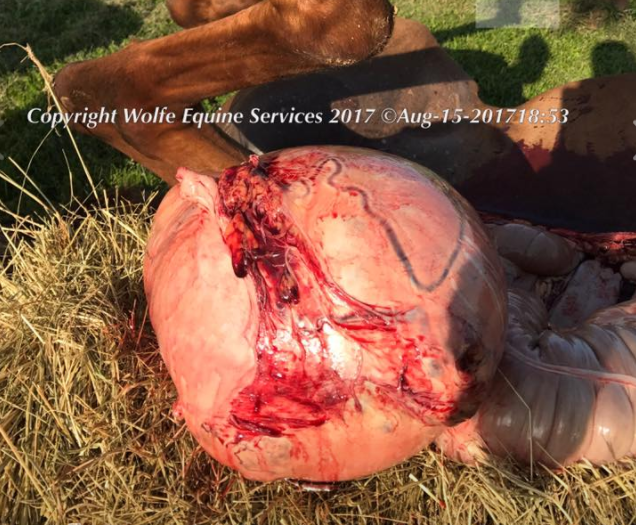 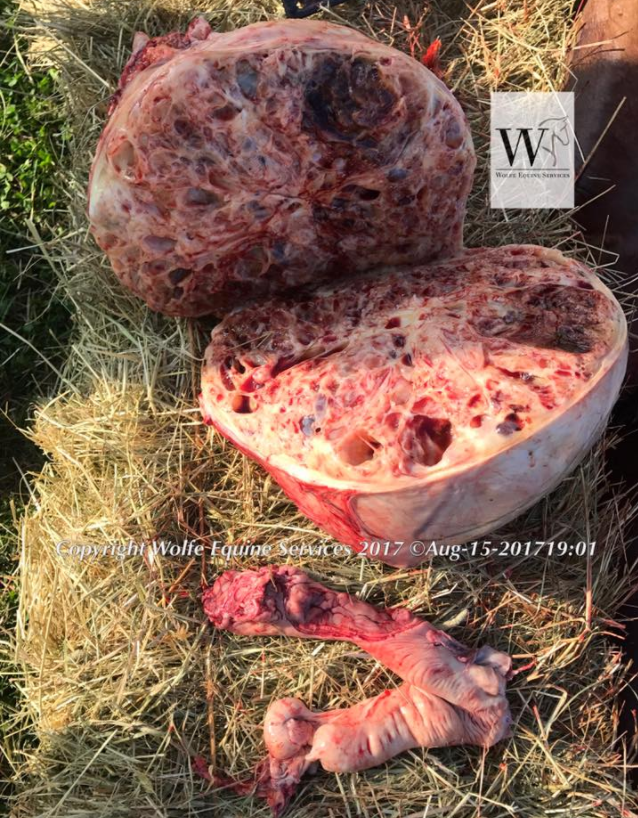 “It is her right ovary that had developed into what is likely a granulosa theca cell tumor. It weighs 40 lbs!!!! The normal ovary is the small, kidney bean shaped structure still attached to the tip of the left uterine horn. This is the largest ovarian tumor I have ever seen! It was bigger than a basketball, and had caused the uterine artery to rupture due to its size and weight, which was applying tension to the soft tissue structures internally.” Photo of both ovaries for comparison below. 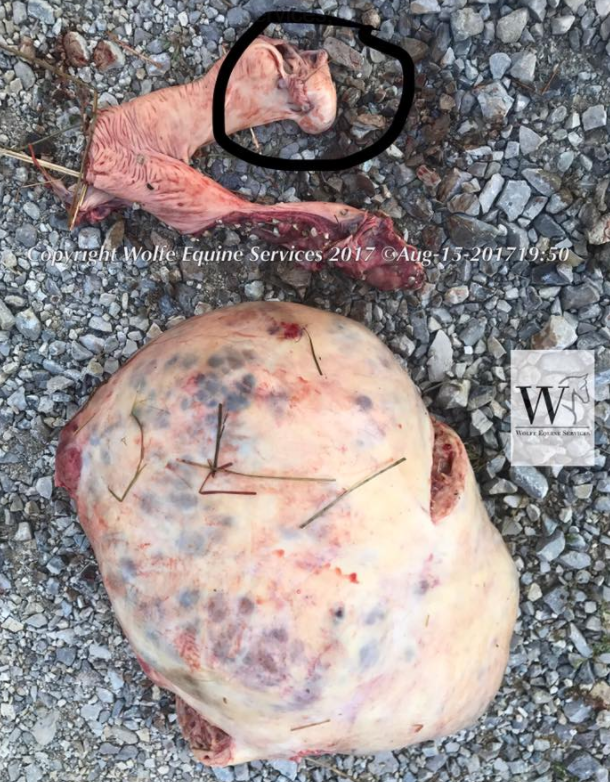 The normal sized, left ovary is circled. It is the kidney bean shaped structure.

Thanks to Wolfe Equine Services for sharing this!  With horses, we never stop learning.  I hope this mare is pain-free and running in beautiful green pastures in heaven.  Share this on Facebook if you do too!