Veterinarians Save Mare With Pole Lodged Through Her Head

The veterinarians at Iowa State University recently performed nothing short of a miracle.  Iowa State University Large Animal Hospital posted the following message on Facebook, “How do horses injure themselves in such unexpected ways? This will forever be a question we ask as veterinarians. A particularly unique case came to us this summer when we received a call that a mare had impaled her head on a pole and was coming to Iowa State.” 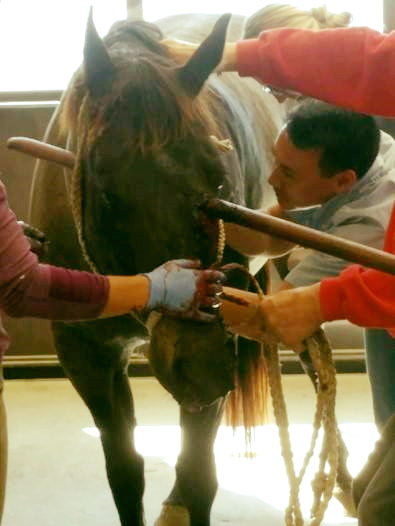 They continued to write, “The mare was seen to be acting normally the previous night, and the following morning was found with this wound in her pen. She was brought to Iowa State and the extent of the wound was evaluated with radiographs, computed tomography and surgery. Drs. Caston and Jackson attended to the mare throughout her stay, assisted by a large team of veterinary students and technicians. Dr. Caston recently presented this case at the South Dakota Veterinary Conference.” 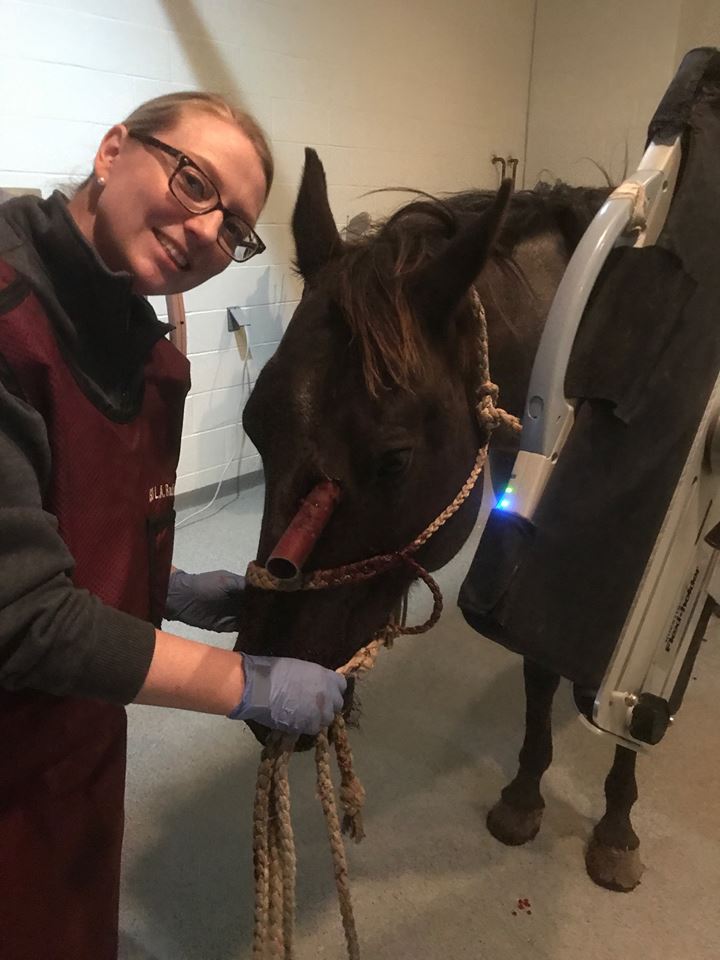 Dr. Nicole Jackson, one of our previous surgery residents, worked with the mare throughout her stay. In this photo Dr. Jackson is smiling because we had just learned the pole did not appear to have caused major damage based on the radiographs. Credit: Iowa State University Large Animal Hospital

Iowa State University Large Animal Hospital continued to write, “Amazingly, the mare did very well post operatively with some remaining nasal discharge and increased difficulty eating. The mare also managed to sustain her pregnancy and is expected to foal this spring.” 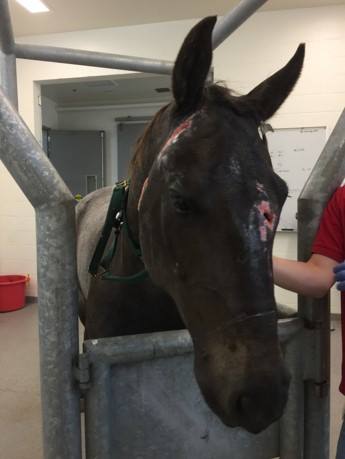 Images of the mare healing throughout her stay. The wounds were cleaned and lavaged multiple times a day to prevent infection. Credit: Iowa State University Large Animal Hospital

Iowa State University Large Animal Hospital continued, “We waited a little while to post this story. This was both to ensure the mare had time to heal and to allow one of our technicians to present the case at the American Association of Equine Practitioners conference in San Antonio. Lisa Leake just finished her presentation and we wanted to share this fantastic story with everyone. We are amazed daily at the resilience of horses! How did it happen? Only she knows!”