Reining Horse Bella Gunnabe Gifted was “bitted up” in a curb bit and left alone in a solid round pen for more than one hour. Her head was “tied” around during this time and over an hour later the 6 year old reining horses body was discovered on the ground. She was unable to get up and there was blood in her ears. Her skull was fractured and sadly she had to be euthanized. 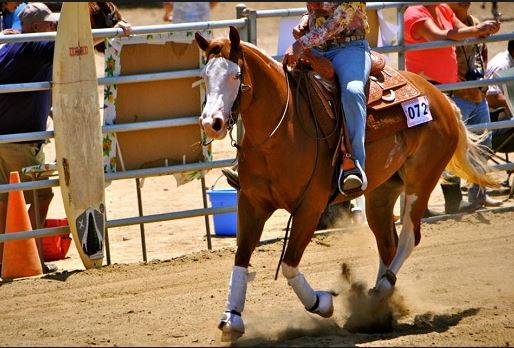 In March 2015, Mark Araballo pleaded guilty to felony animal cruelty. The incident happened in California, but Araballo has since moved to North Carolina. He is currently serving a 3 year probation sentence where he is not allowed to train horses. New reports are coming in that Araballo reached a settlement with the mare’s owner for $160,000. The judge gave the defendants Mark Araballo and his girlfriend, Patrice Hohl a week to sign the agreement and pay $160,000.

Source, RateMyHorsePro.com. I have seen horses left “bitted up” more times than I can count. Please SHARE this on Facebook and help prevent this from ever happening again.