When a horse colics, it can definitely be a life threatening situation. In this case, the horse that coliced had just given birth and thanks to the quick thinking of her handlers, both the mare and her foal were able to be saved.

“We had a mare foal out and within an hour, she was colicing. Within two hours, it was obvious she was in serious trouble. We hauled her to A&M, with her thrashing in the trailer, and us hoping she wasn’t killing the baby in the process(this was with serious meds!). She was in surgery withing an hour of arriving and sure enough, she had a full twist. She was an excellent candidate for surgery because she arrived so quickly.

A little back story. This is a mare that was a horrendous pawer. She pawed day and night, in the stall or in the pasture. She has ground her teeth down to where there is much damage. When we hauled her(shows), we had her on ulcer medications and that seemed to help, though it was difficult to get weight on her. We were worried prior to her foaling, given her high strung nature, and were actually watching her for problems which is why we caught this so quickly.

In surgery, she did in fact have a full 360 twist, which the corrected. While doing this, they found something. It makes sense now, as to why this mare was always so uncomfortable and exhibiting signs of pain and distress, though never colic. They vets said she was a week, two at the most, of this moving to the point where she would have had total blockage, which would have killed her. I’m sure the twist was caused by the weight of this dropping once the foal had been expelled. The mare is doing well, she is home and her filly is doing well also. I suspect she will be a much calmer and happier horse in the future. This came out of a 5 yr old mare, and yes, that is the bottom of a five gallon bucket.”

Tina went on to explain that what they found is called an endolith and her vets told her these are common in horses who are fed alfalfa and hard water. You never know what can be causing behavioral problems with horses. In this case, it looks like there was a big underlying cause. Source: Tina White Facebook 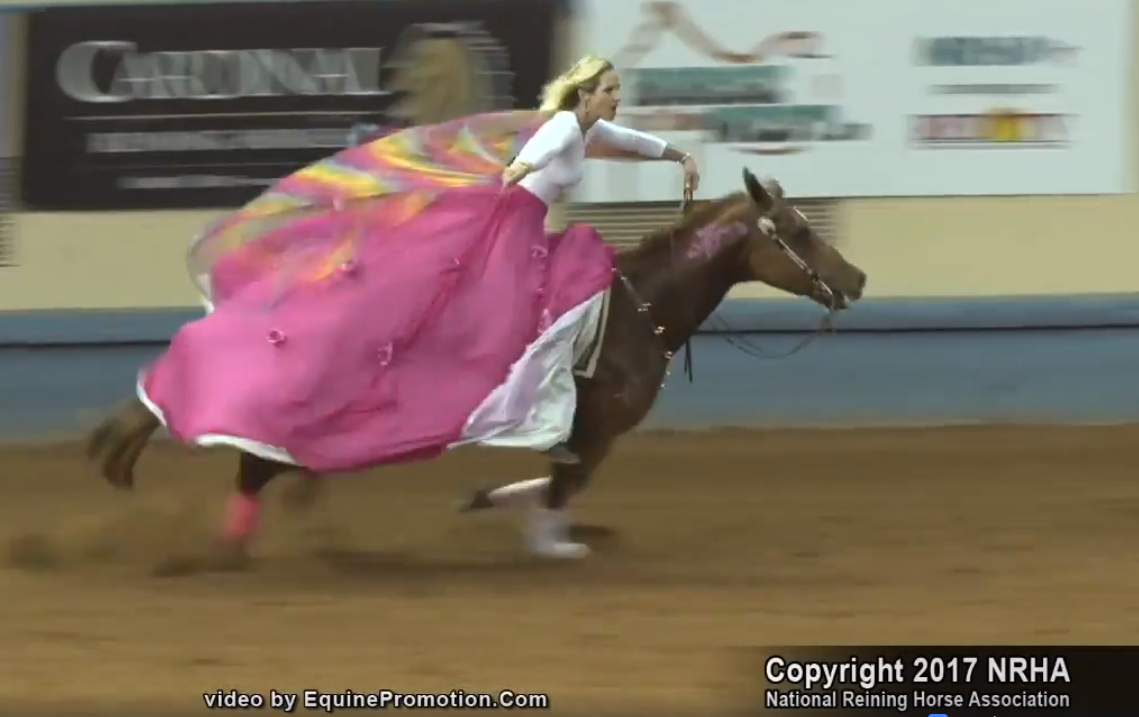 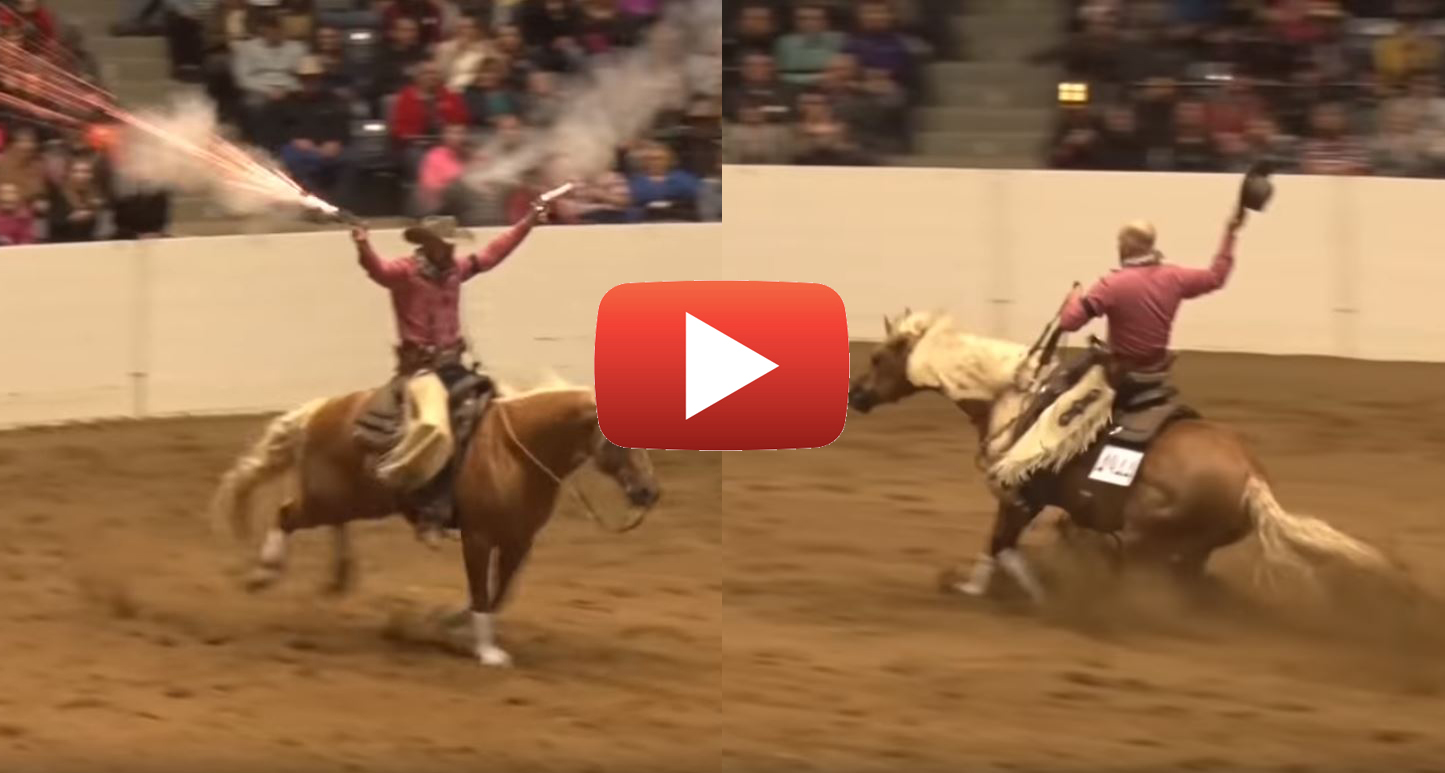 Dan James Tears it Up In Freestyle Reining at Congress 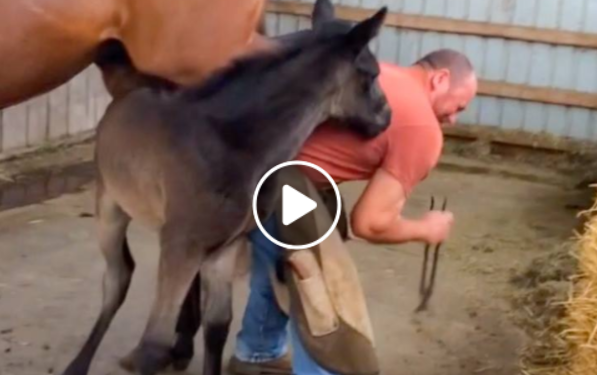 These baby horses are so RESTLESS!!! (Funny & Cute Video) 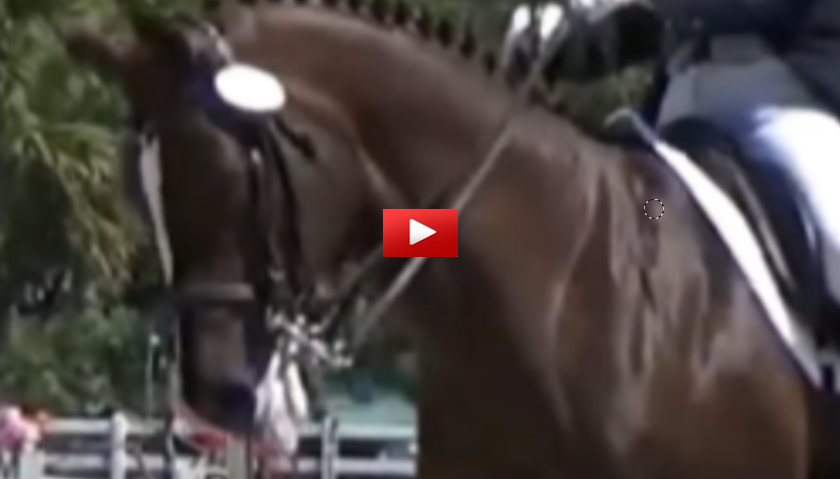